When you go to someone’s home, and they cook you a great meal, do you ask what kind of stove they have? I am always amused by the question “What kind of camera do you use?” I hate to tell you all this, but it isn’t what you have, but how you use it that matters the most.

I went for a walk in the fog yesterday—for 2 days here in Southwest Iowa we’ve had a luscious, velvety fog enveloping our world. And, yes, I realize that fog is sucky when you are driving. But for photography purposes, it is AWESOME. Several years ago, I went out in a fog very similar to this one and took photos in the cemetary that is just up the street. I got beautiful images, and yes, I took my pro gear. Here’s a couple, and I love them. 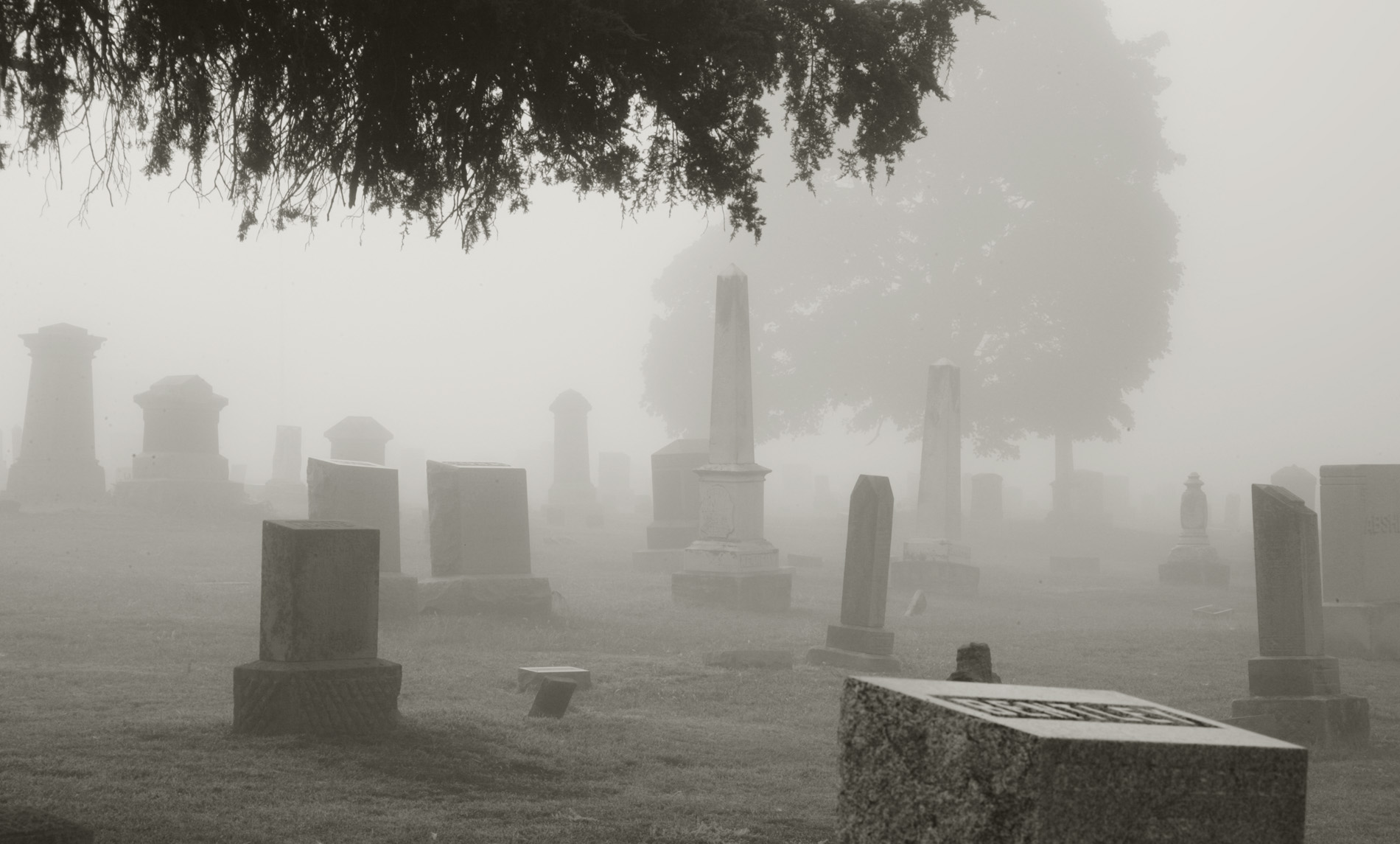 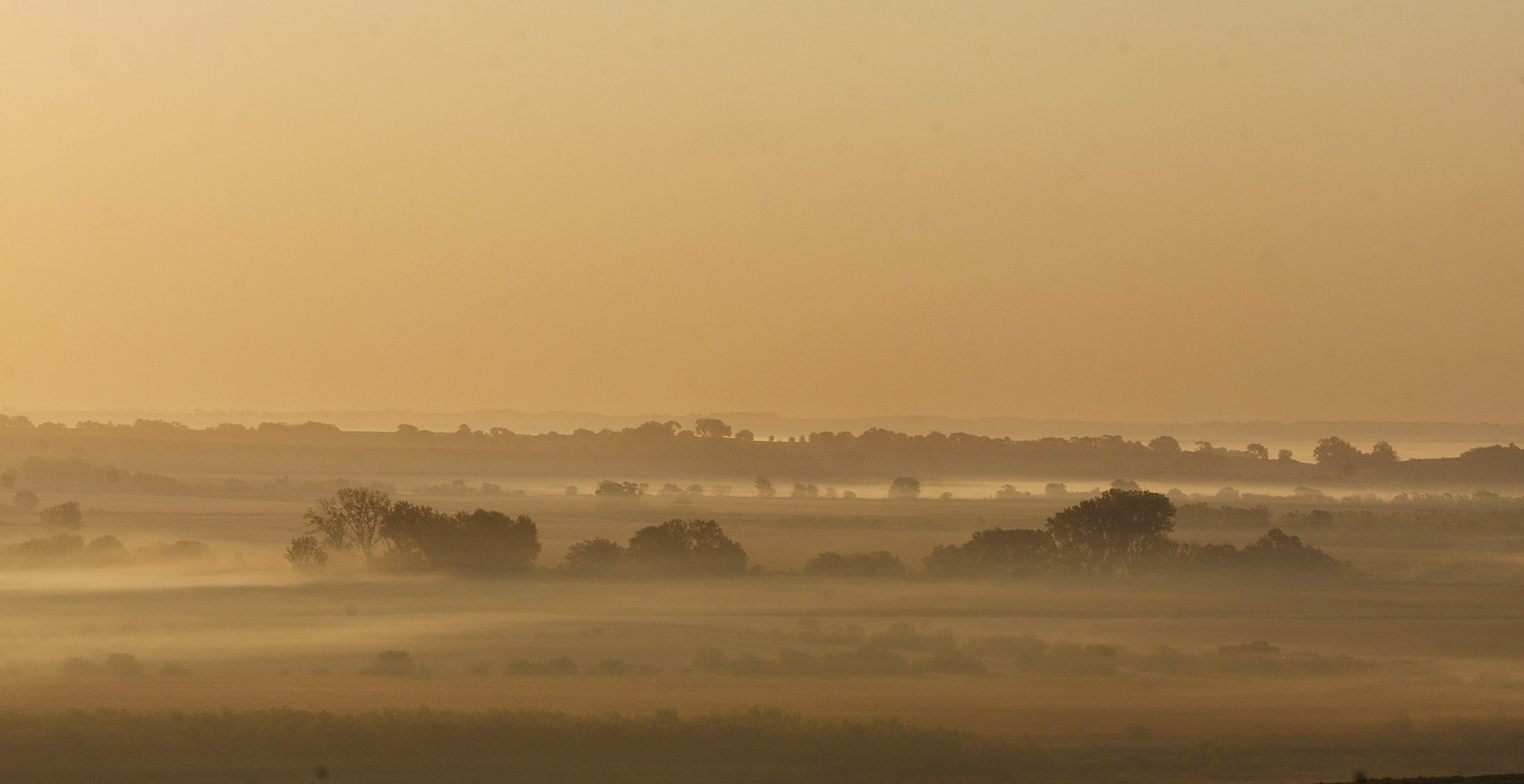 Yesterday, I decided to walk the daughter to school, simply for the fun of walking in the fog. And, I decided to bring a camera. BUT, I didn’t want to drag out the studio cameras and the bags of lenses and go trotting 13 or 14 blocks with all that rattling gear. So, I grabbed a small Canon point and shoot camera that I keep around because it has an awesome zoom lens and I don’t have to think much when I use it–hence, the name, point-and-shoot. 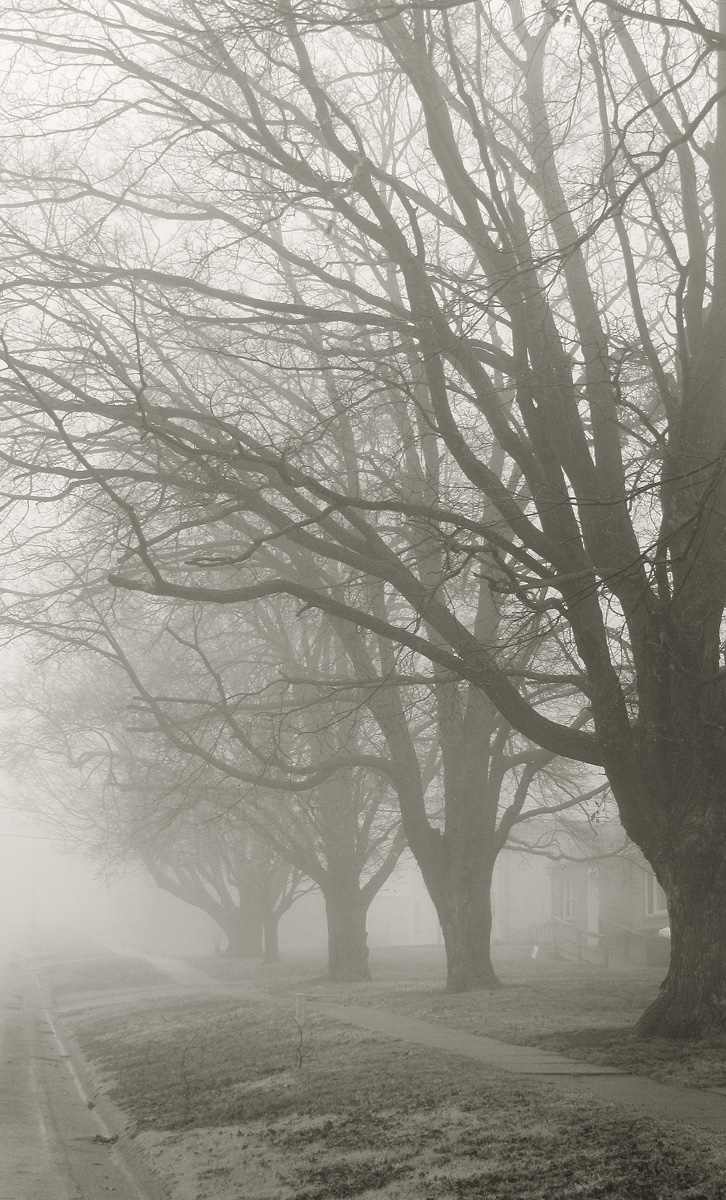 And I got beautiful stuff. Now, it isn’t the same stuff. It has some technical differences that i can see, but many people won’t be able to. In fact, I might like some of the point-and-shoot pics better.  My point here is this….no matter where you are in your own creative journey, no matter what gear you have, or how long you’ve been doing whatever it is you do, when the moment is there to do something creative, SEIZE IT. Don’t worry about whether you have tools that cost 5 grand or 50 bucks. Just go do something.

My grandmother ran a motel when I was little. She had a guest once that did some art with ballpoint pen and cocktail napkins, and it was AMAZING. He left them behind, because, to him, they were probably just cocktail napkins with ballpoint scribbled on them, but wow….he had talent. That stuck with me. I spent hours drawing on whatever I could, WITH whatever implement was nearby, all because of this man’s inspiration.

Use what you have. Use it as often as you can. Practice, practice, and don’t be discouraged by your first attempts. Artists of all types discard many more “pieces” than you can possibly imagine. You don’t have to have expensive ANYTHING to be creative.

Snow is coming tonight (I hope. Please, weatherman, be right for once!) I’m gonna photograph everything in it. I’m gonna use all sorts of gear. I may even break out the black and white film and the old medium format cameras.

Some of the best meals I’ve ever eaten in my life were cooked over campfires, no fancy stove required.