So, last Sunday morning (a week ago) I woke rather early, but stayed in bed and let my thoughts just wander.  Early morning is my favorite time of day for creativity.  I come up with my best ideas before 7 am, usually in a semi-conscious state.  My brain drifts from one subject to another with an ease that is well-nigh impossible during my normally busy days.  Insights happen.  Problems my brain has been grinding on, in the background, solve themselves simply and clearly.  My thoughts have a flow to them that just can’t be replicated once the sun comes up. 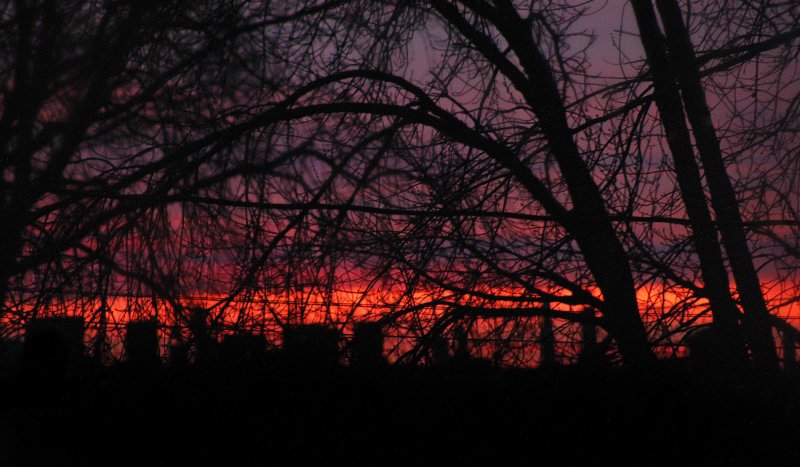 So it was on that Sunday morning.  An entire Soda Pop book “wrote” itself for me in that dreamlike version of consciousness, rhymes and all.  In fact, I believe I had about 20 pages pictured in my brain, and all the ending words in the entire book rhymed with one another.  For those of you unfamiliar, my Soda Pop books are fully illustrated with art and photographs, and up until Sunday morning, none of them rhyme.  When I finally stirred into fully functioning life, I grabbed a piece of paper and jotted down some ideas for this book, which would celebrate Valentines day.  I decided I would illustrate most of it with photographs this time, simply because I felt like the real Soda Pop would be fine with the scenes I had in my brain, AND I wanted to get this book finished rather quickly, perhaps in time for a Valentine’s preview on this blog, Facebook, etc.  I would have liked to have actual paperback copies in my hands by Valentine’s day, ideally, but, I realized that type of shooting and production schedule would not likely work for the rest of my family and my other responsibilities.  However, I also wanted to hand-draw the cover design as much as possible.  I had a strong image in my mind, and I just wanted to get my hands dirty again.  Many times, I draw on my Wacom Tablet and computer, so my drawings are digitized immediately.  This time, I went old school, at least to start.

First off, I organized my tools.

Pencil–I favor Ticonderoga #2’s for a lot of drawing tasks.

Then, I sat down under good light and proceeded to draw.  As you can see, I started with a cut-out of a heart, which I made before I sat down. 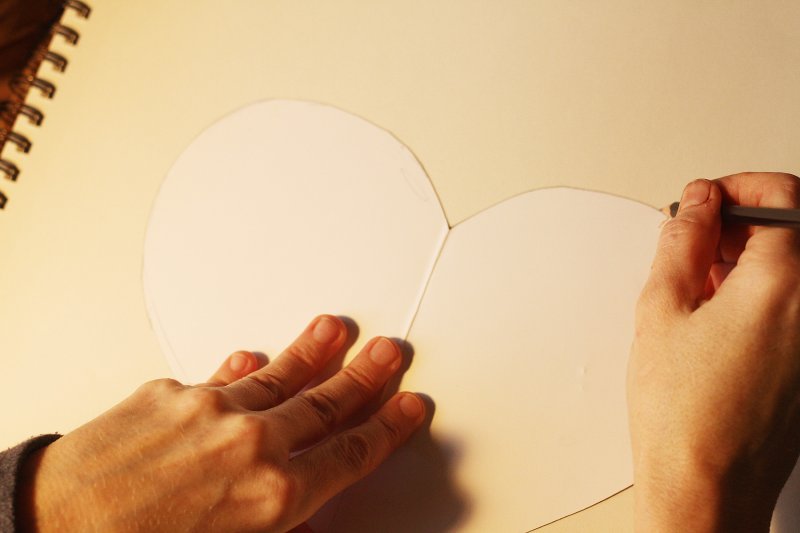 I traced it in the center of the paper, and began to sketch what I had “seen” in my brain. 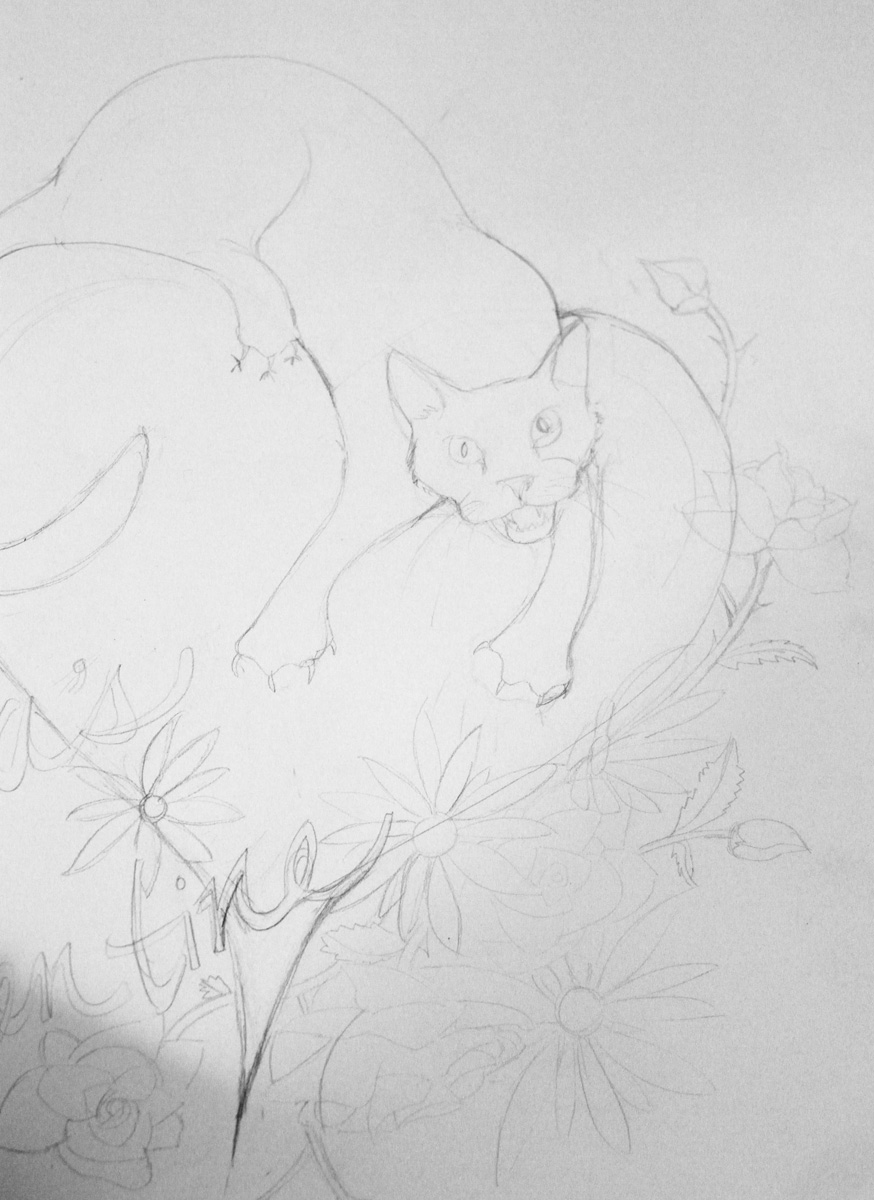 After 45 minutes or so, I had the basic shapes down where I wanted them, and I began to ink-in the image with a fine-tipped black art marker. 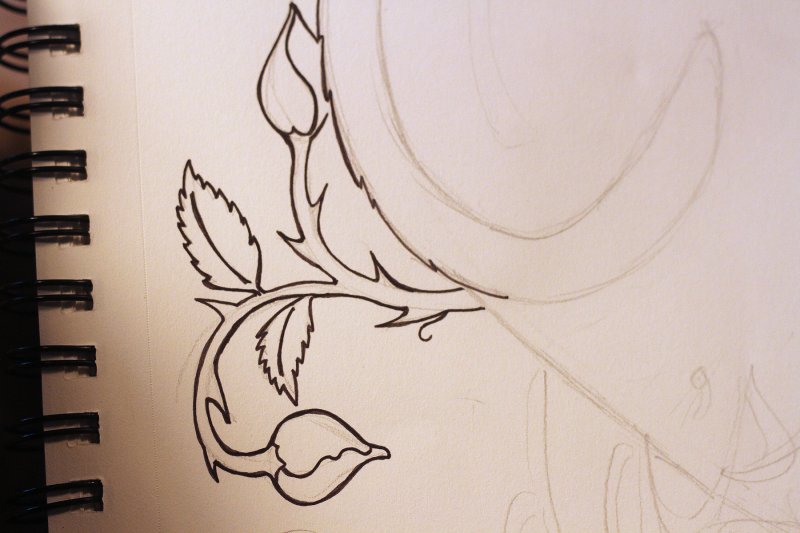 I spent a great deal of time working this drawing, being very careful with the black marker. 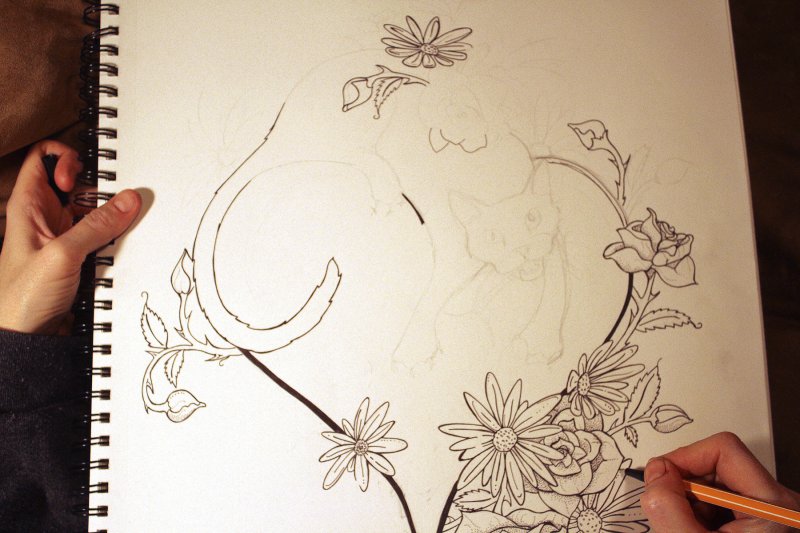 I used a lot of detail, and in all, I have about 6 hours of work to get the drawing to this point. 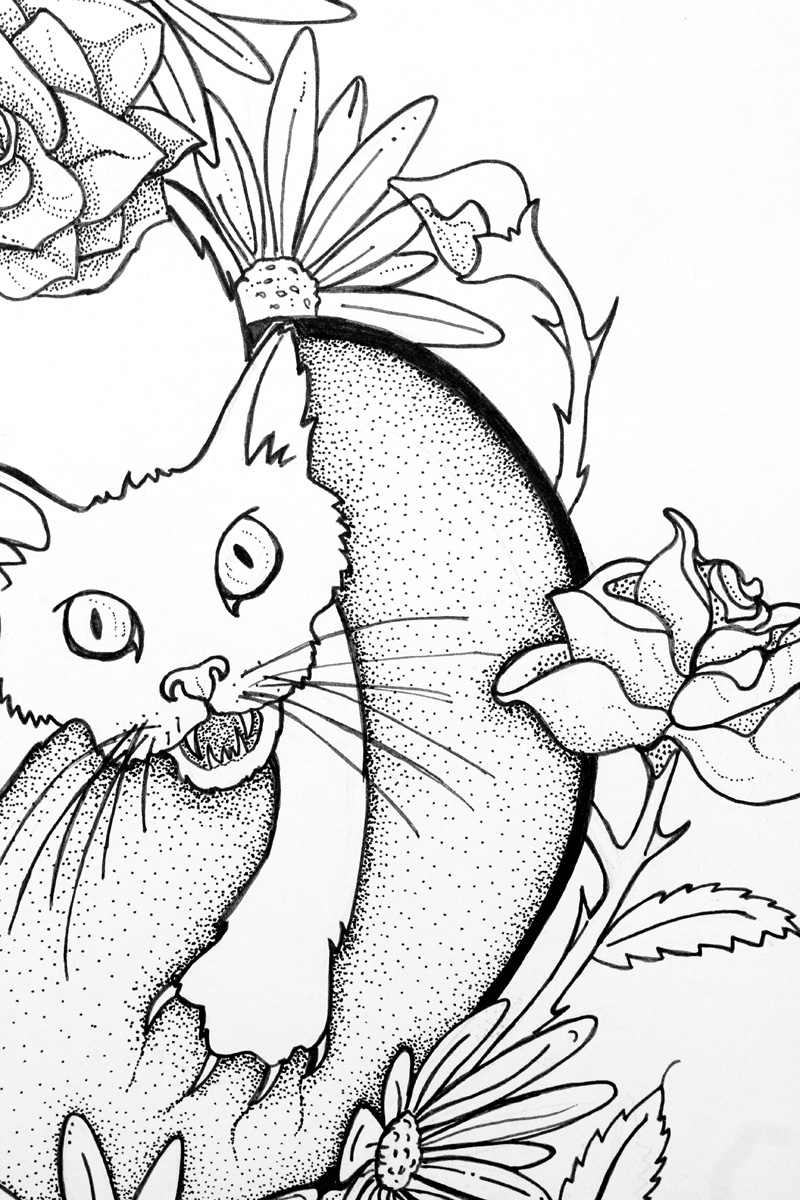 Then, I stopped for the day.  The next morning, I wrote the story in pencil on white copy paper.  I realized that I couldn’t rhyme every line exactly the same, although it seemed to my brain that I had succeeded with that when the book had come to me that early Sunday morning.  After spending an hour or so of writing, I felt I had the story where it needed to be, and I was ready to start photographing Soda Pop for the photo-illustrations.  I also needed to photograph the inked illustration I had spent so much time on the afternoon before in order to create a digital file of the image so I could work with it on my computer.  Normally, this would be a job for my scanner, but I drew this larger than the 8×11 scanner bed.  So, I set up a tripod and my studio lights and took the photos of the artwork very carefully. 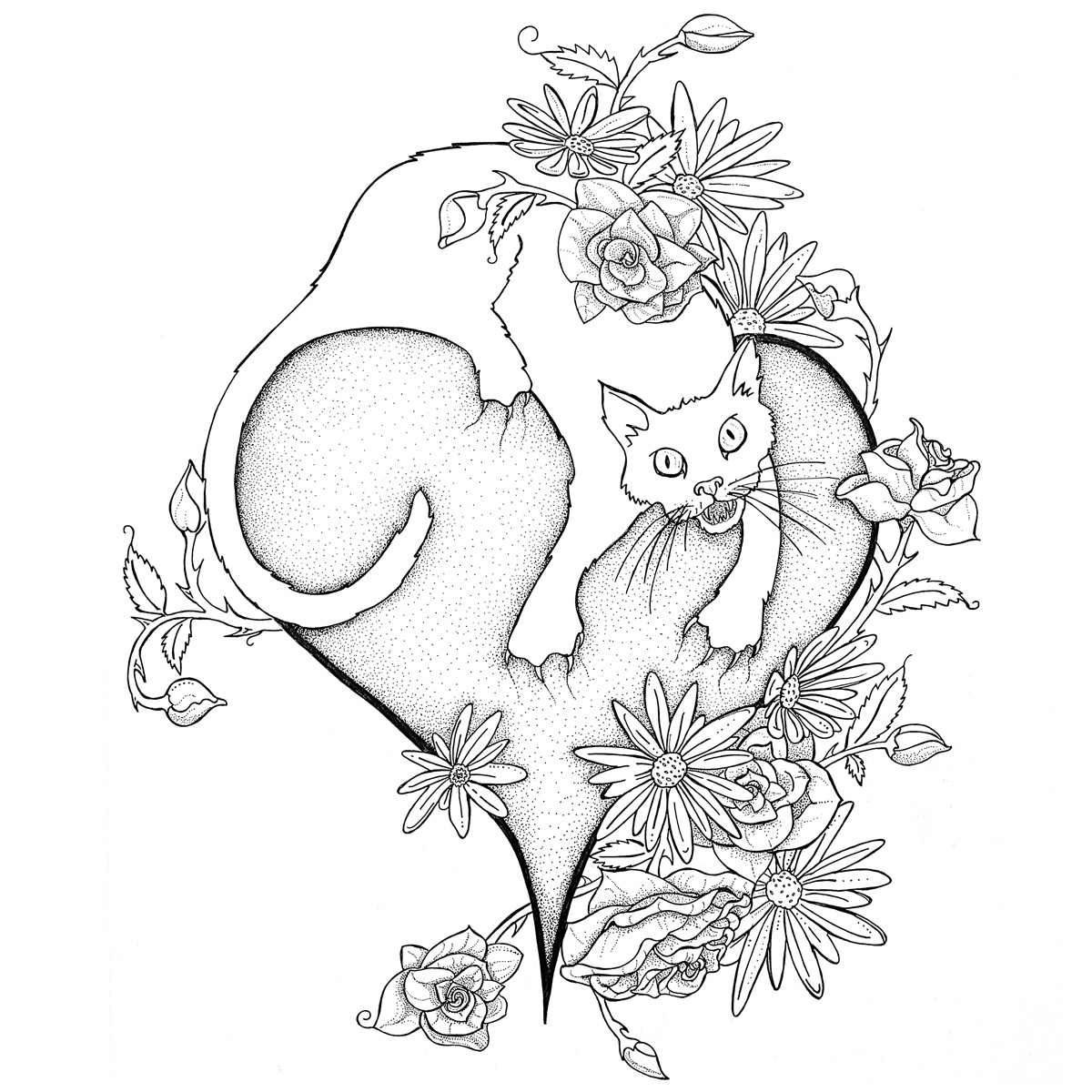 I then downloaded the pictures and imported them to Photoshop to tweak them a bit, and I decided I liked the image in reverse, meaning, I used the software to flip everything to it’s exact opposite color value–all blacks became white, and all whites became black. 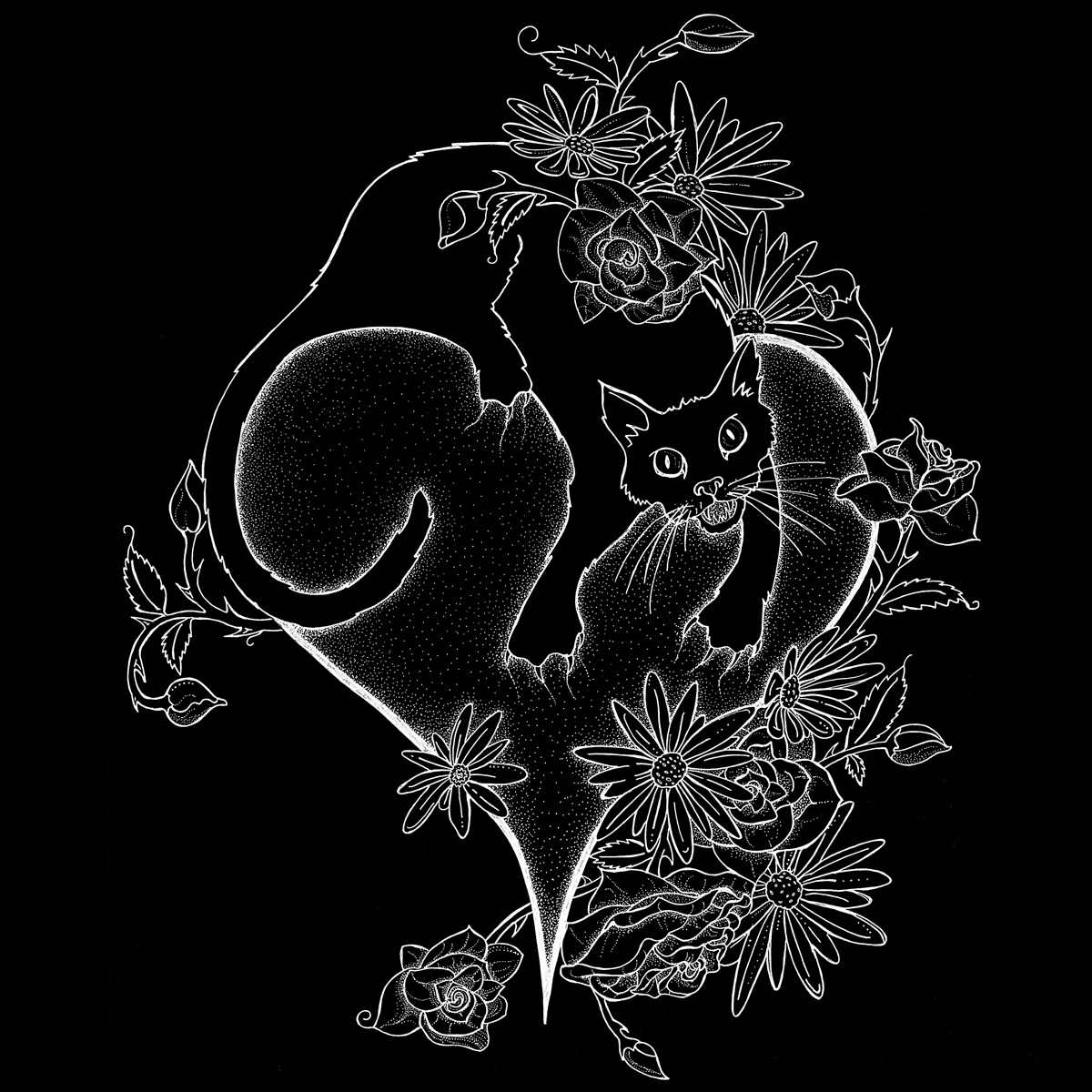 After that, I imported the image into Corel Painter, and, using my digital pad and pen, I picked colors and, very carefully, colored the image exactly like you would color in a coloring book.  Last, I added text.  I still need to add the written-by and illustrated by lines on the cover, but I will leave that for the end. 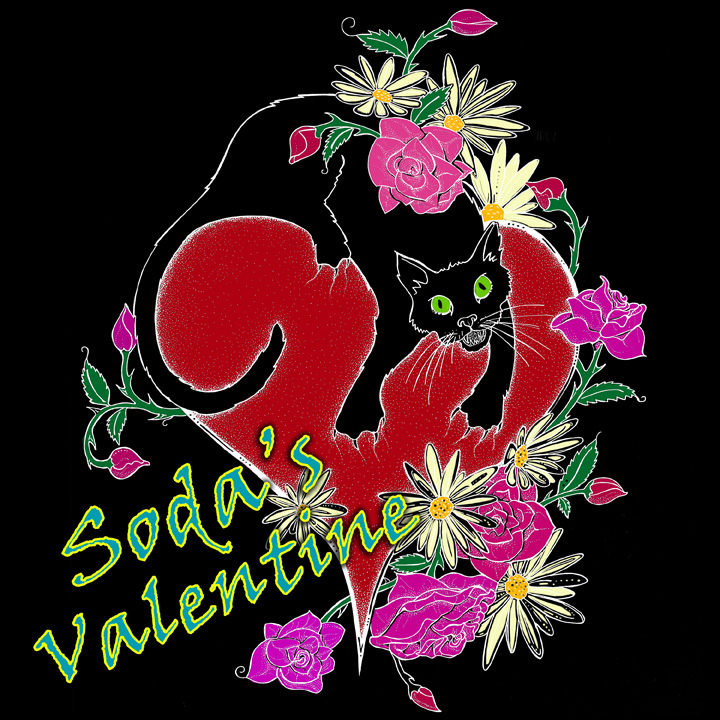 Okay, so, that is the beginning of THIS particular children’s book.  All of them, like people, have slightly different birth-stories, but there are several constants here for me.

1. Idea generation happens fast, usually when I’m in a dreamlike state.  Doesn’t matter where you are, when you get an idea or an inspiration, WRITE IT DOWN in some way.  Even if you don’t have a complete mental picture of how it will end up, write it down.  Write down MORE ideas if you have them.  For lots of people, it is either feast-or famine with ideas.  Write them down, so, when you are in the middle of an idea-famine, you can go back to your lists and have something to work with.

2. Imagery is very important to me.  It sets the tone.  The cover came first this time, but it doesn’t always.  However, just like the words, I try to get whatever imagery I have down as quickly as possible.

3. Have the correct tools for the job.  For me, always, it starts with pencil and paper–even for NOVELS.  It’s the nuts and bolts of how I take notes and how I generate art.  Then, after the basics are there, I digitize it all, and drop it into whatever programs I need to in order to get the look I want.  You don’t need to have professional software to do this, but I find, for illustration, that my digital pad and pen are invaluable.

Next post—for this book, I’m illustrating primarily with photographs.  So, I will give you the scoop on my process, and of course, the reactions of my star, Soda Pop.

Tracy Lovett is an artist, author, illustrator, photographer, wife, mom, and all around creative gal trying to spread the message that creativity is one of our most important qualities.  She uses her books, photographs, and writings to encourage others to just take the chance and be creative.  You may learn more about her here.  You may follow her on Facebook here. 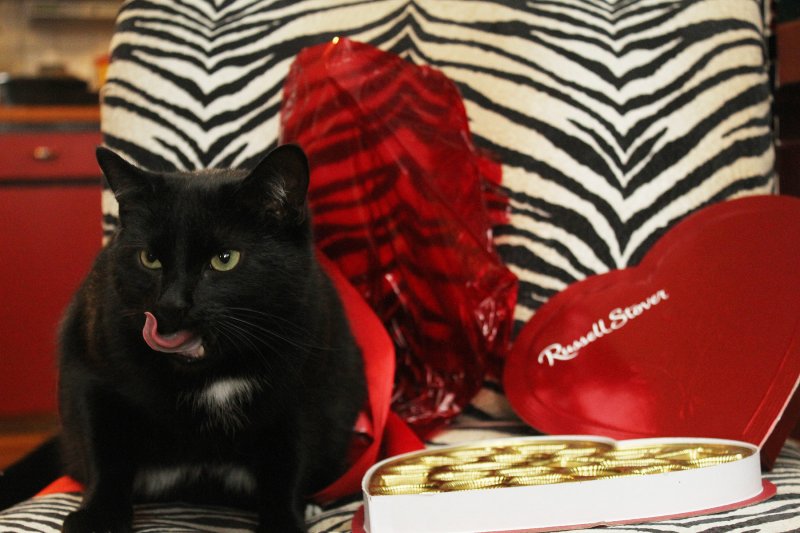 He’s not incredibly impressed. But man, he loves candy! (Not really.)