So, finished shooting the book Soda’s Valentine!  Thought I would recap all the action in one post, so we can get on with the next step in illustrating, which I will come to in a moment.  But, first thing is first.  We need to talk about chicken.

Soda is ready to do another book.  All because of chicken.  He has found his reason for living.  And that is….chicken.  For those of you mailing him Valentines this week, make sure they are made of…you guessed it…chicken. 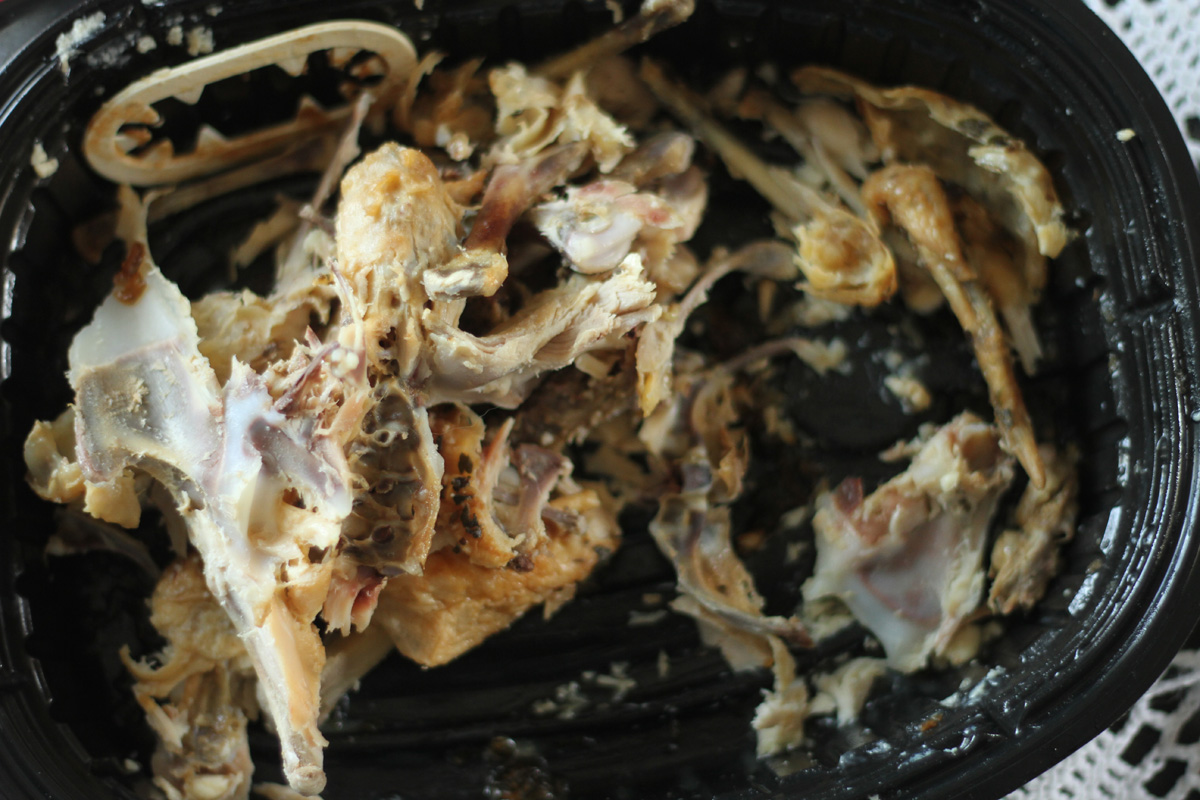 I agree….not my idea of a great meal, but beauty is in the eye of the beholder.

There were 4 different shot “sets” I needed to get for the remainder of the book.  And chicken factored heavily in all of them.  First, Soda needed to “eat” a box of candy.  Now, I’m not going to feed my cat chocolate for 2 very big reasons.

1.  Chocolate can kill cats.  So, that one is out.  He’s not eating a heart-shaped box of candy.

2.  I love chocolate.  So, Soda is not eating a heart-shaped box of candy because I’m going to eat that candy.

Instead, to make it look like he ate the candy, me and my kids ate the candy (most of it) and put some tidbits of chicken in the holes where the chocolates were in the box.  Then, we scattered a couple chocolates around, and even bit into a couple so it looked like he HAD eaten them.  Of course, with chicken around, he completely ignored the chocolates.  And we got the pictures pretty quickly.

He didn’t even GLANCE at the chocolates once.  Clearly, he and I are going to get along famously, because, as a vegetarian, I don’t eat chicken.  So, all chicken goes to the cat, all chocolate to me.  It works.

The next shot set was one with Soda and candy again, but this time, those little conversation hearts.  I just wanted a shot of the cat reclining on the hearts–a close-up.  This one didn’t even require chicken.  We simply spread the hearts out, and my husband petted Soda on his tummy while I shot the pics.  Easy peasy. 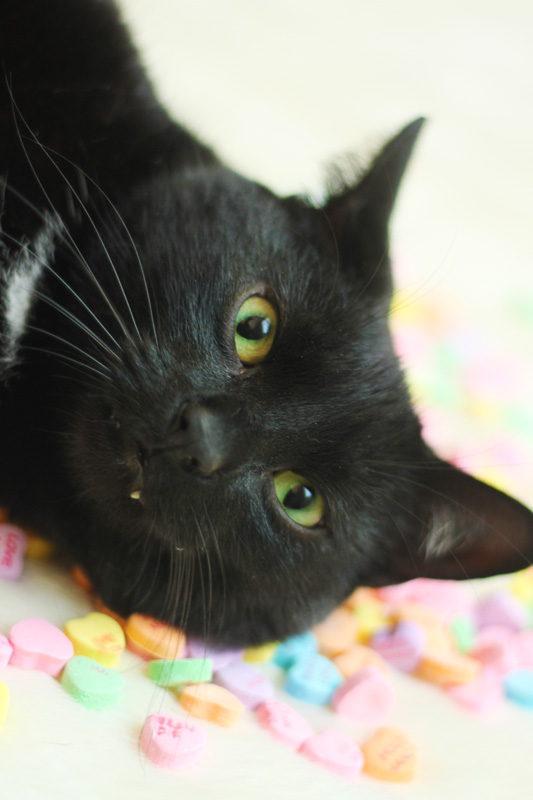 Then we moved on to Soda and the high heels.  Chicken was again required.  I wanted pix of him messing around with the shoes in whatever way cats mess around with anything.  So, I pulled out a pair of red high heels, concealed some chicken in the toes, and let him have at it.  Now, Soda is adorable, but he isn’t a great ball of fire in the brains department.  He is pretty catered to in our house–he isn’t allowed to be outside, so he doesn’t exercise his hunting “problem-solving skills” very often, and his food appears in a bowl every morning.  We had to show him where we placed the chicken to get him going.  But after a few minutes, he got into the act in a big way, and pushed the shoes all over the floor, stuck his paws inside them, and generally used all his rusty brain synapses to figure out the puzzle of the chicken in the shoes.  We got some cute shots. 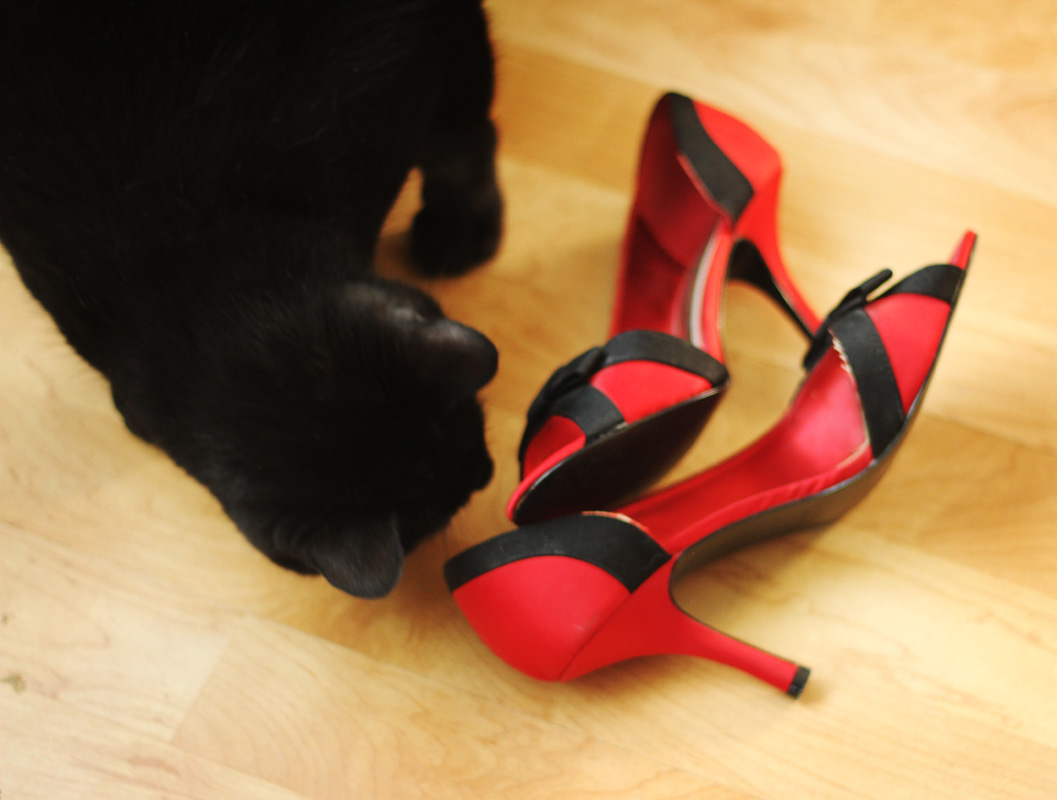 By the time we got to the last set, Soda was actively demanding chicken by attempting to paw it out of our fingers.  I wanted a shot of him wearing a pair of cupid’s wings, sitting next to an arrow and a bow.  The wings are a prop I keep in the Studio for children’s portraiture.  The bow and arrow were easy–sticks from the yard, construction paper, string and hot glue.  So, we set Soda up on the pretty red loveseat, put the bow and arrow next to him, and promptly realized the feather wings were going to be too large. 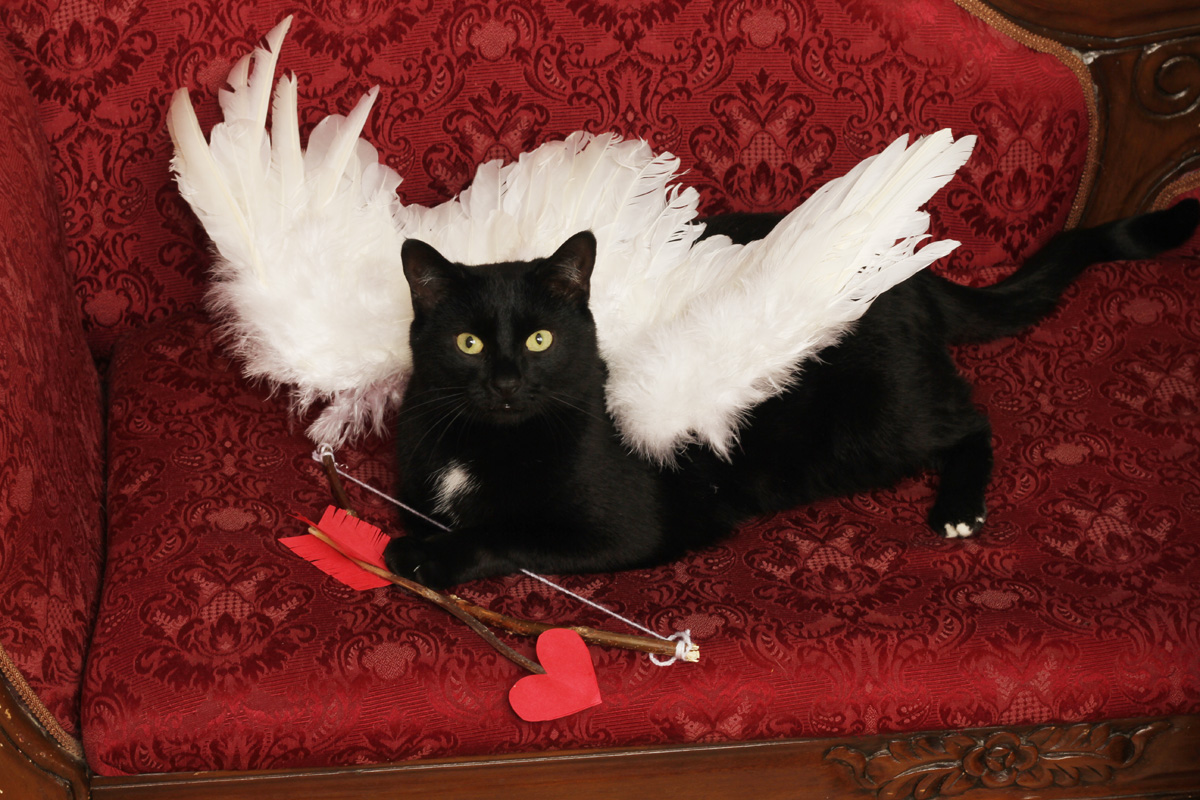 In the process of discussing this with my husband Mike, Soda Pop did a very cute thing….he sorta jumped on the wings.  And in my mind, I got the hilarious picture of a cat pouncing on Cupid. 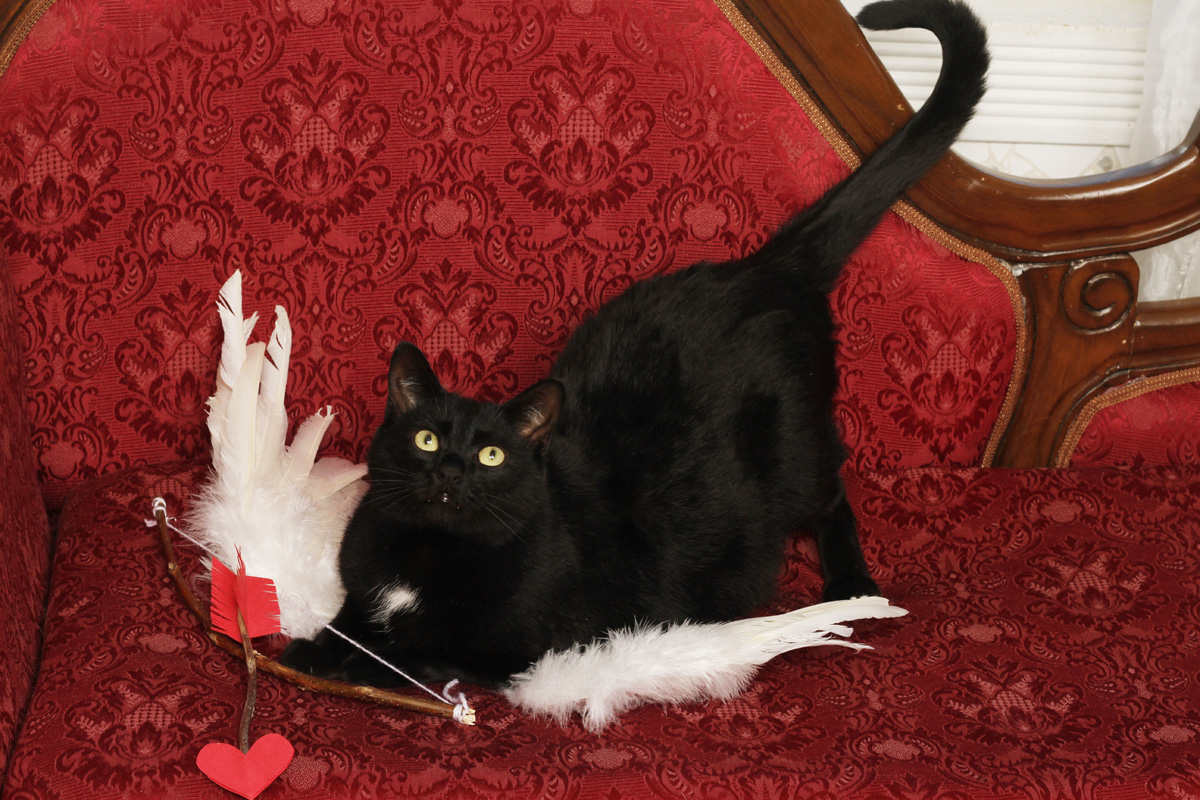 Now, I know I write children’s books, but I also have a fairly black sense of humor at times….So, I felt I had to put this little image collage together….simply because it made me laugh. 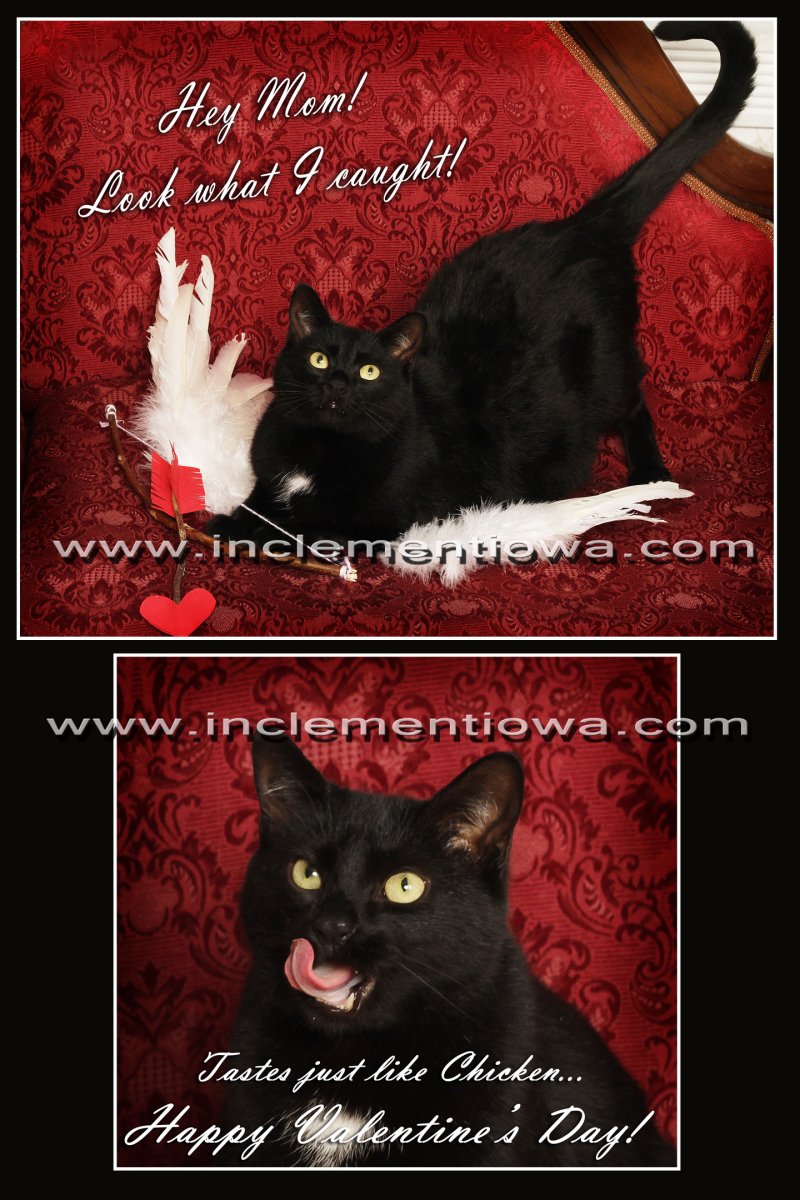 But I don’t know if I will use these images in the book.  I will have to think about it, and make that decision probably the day before I submit the digital book file for printing.  So, I needed to make the images I intended to make, which is Soda with the wings ON.  In order for that to work, I had to take pictures of Soda in the correct position, AND pictures of the wings separately. 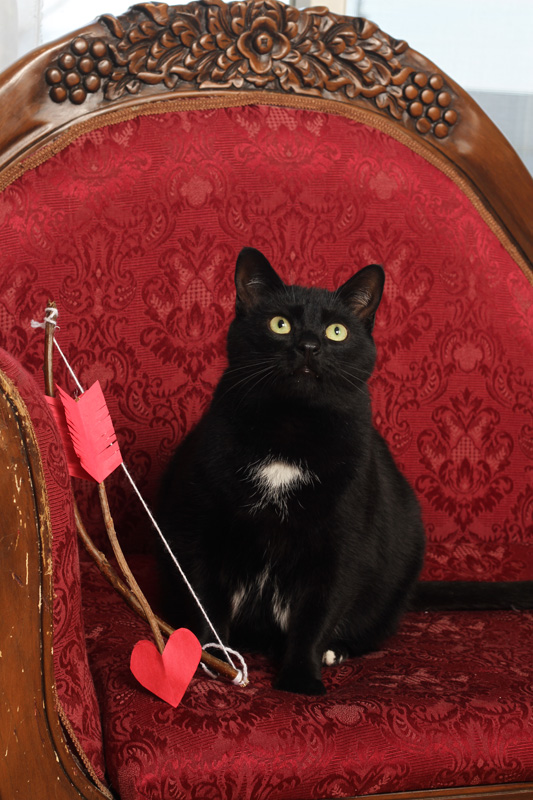 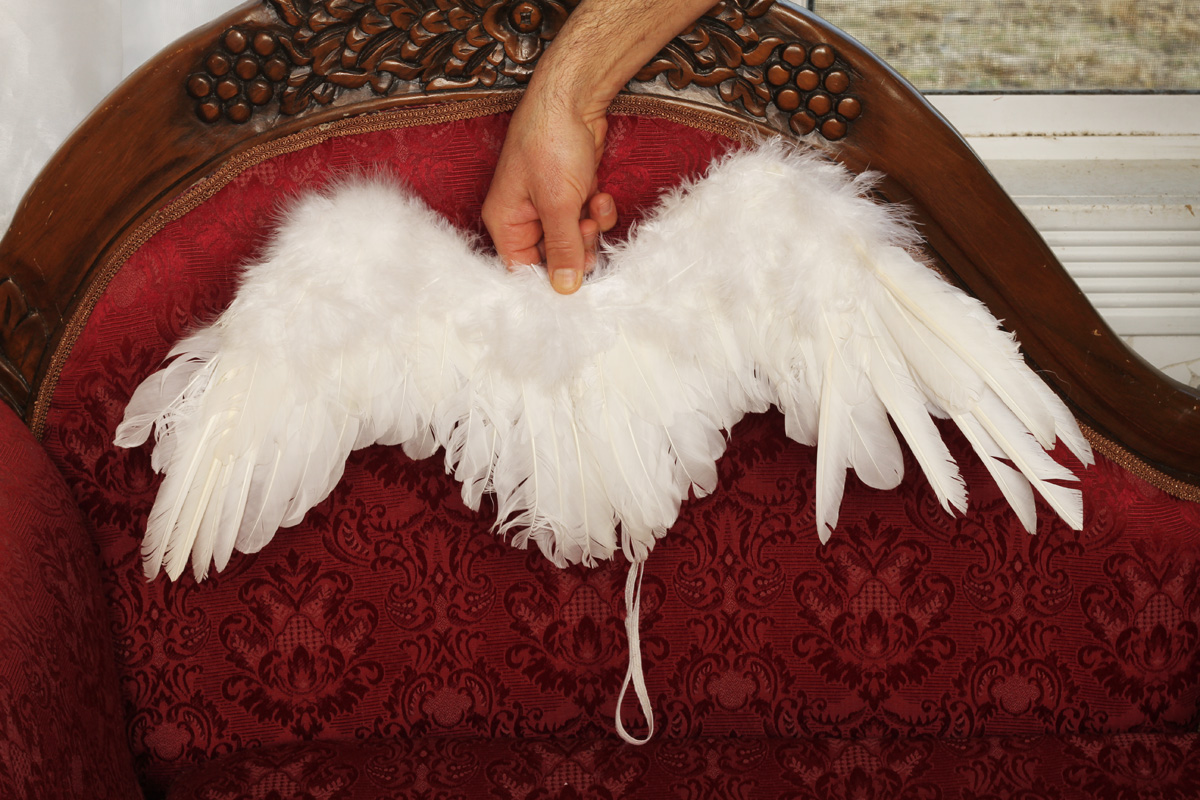 Then, I could digitally combine the wings with Soda, and shrink the wings down so they fit the cat. 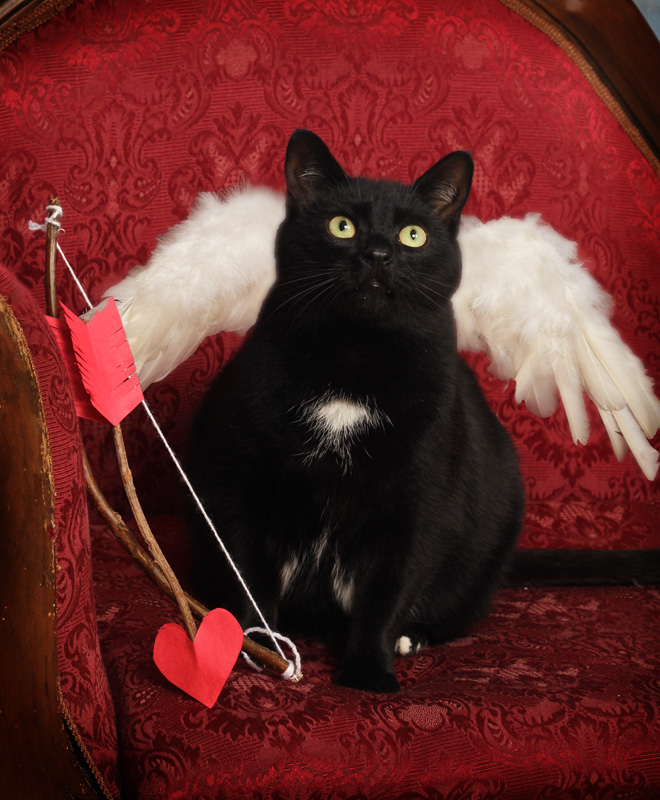 Here is the result.  And sorry, but I still like the one of him jumping on the wings better.  Oh well, it will require a bit of rewriting too.  We will see.

So, today we learned a few things.

2. Building your own props is an easy solution–and they don’t have to be that fancy.  The bow and arrow took about 5 minutes.

3. Sometimes the props won’t work exactly as planned.  Our angel wings are too large for Soda.  So, I had the choice of getting smaller wings, or digitally altering the ones I had.  Digital alteration is easier and quicker, so that was the route I chose.

4. Sometimes, you get something unplanned that you like better than what you originally had in mind.  I am undecided about which Cupid shot to use, but I’m going to prepare them both so I can choose.  I am also facing the possibility of some rewrites.  But that is okay.  Projects grow and change during execution.  I am still on track for finishing, I am just not entirely sure what the finished project will be like.  That’s okay.  Be open to changes.  Good ideas strike at strange times!

So, we are pretty much done with the shooting.  Now, I am on to page design for the next step!