Let me tell you how big a deal I made of it over the past two weeks. Two weeks was all the lead time I had for this little appearance. My friend Jared (founder of the kid’s band, BETWIXT that collaborates with me on great school presentations and other creative stuff) arranged this appearance for us on a local (Omaha) morning tv show that has replaced Regis and Kelly now that Regis is gone. So, there are these two Omaha tv people that do this show, called The Morning Blend, which is a blend (get it?) of all sorts of Omaha light news and human interest stories.

The timing was great for me, because I’m just beginning to publicize Buck’s Rodeo, my new novel, so yay! The tv station sent me an email asking me for lots of info including talking points that had to be returned a week before the show, and I did that little piece of homework pretty well. I emailed it the day it was due. Good enough. I also planned to email up some illustrations from my books, but that one slid by. Oh well. I decided to print canvases of my illustrations and actually bring them up to the studio. They could be set decor for the band. 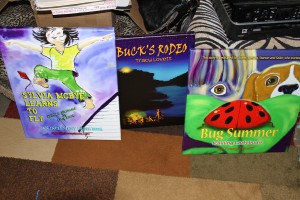 For the first week that I knew I was going to be on tv, it really meant nothing to me. I would look at the calendar to schedule photography shoots for people, and skip March 26th because I would say to myself “no, have to be on tv for that one” and then I’d schedule on another day and promptly forget about the 26th.

I remembered 8 days before the show that I wanted a new dress. Now, I am NOT a big shopper. So, I decided to find it online and have it shipped. Ok, so, after mulling it over for a few hours on a few different sites, I picked out a dress that I thought was suited to my body type, was colorful and fun, and wasn’t expensive. Bam. Ordered that baby. Delivery looked to be 4 days before the appearance. Alright. Shoes I have. No issues there. 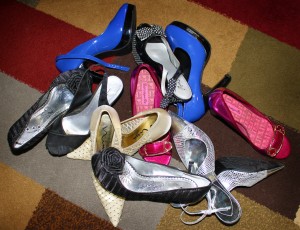 Nope. No problemo with the shoes.

So, I have lots of things going on in my life during this time period. LOTS of photography work to accomplish. Lots of homeschooling to do. Lots of dishes and laundry and dog walking and breathing and sleeping and all those other things that we do all the time . Hair. I had to figure out my hair. Then, stroke of luck, I was chatting socially with my hairstylist, told him about this tv thing, and he offered to get up at 5:30 in the AM(ouch) and do my hair for this. ALRIGHT. I was cruising.

So, there we go. Clothes. Shoes. Canvases of illustrations. I didn’t really have anything else to do except survive my workload until the day of the deal. Unfortunately, my psyche didn’t quite see it that way.

First of all, sleeping over the past two weeks has been impossible. (thank you stress and TIME CHANGE.) I’m laying in bed with talking points running through my brain. All the stuff I can cram in 6 minutes begins to jumble itself and reorganize into craziness. My photography workload seems to get deeper. Consequently, I get tireder. Add to that the not-sleeping thing. Starting to get crabby here. The house gets messier. 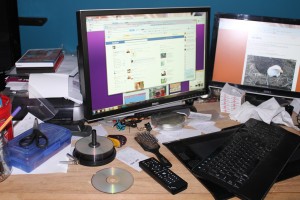 This is my desk. I didn't have the courage to show you the rest of the room.

I imagine it is probably because I am turning into a walking zombie due to sleep deprivation. Wednesday, the dress isn’t here. Kids aren’t picking up the slack around the house, and the hubby has his own problems—inspectors have shown up at his job, and he’s working 12 hour days with an hour commute, so he’s basically eating and mostly sleeping when he’s here. Time change doesn’t bother him. Okay. Disaster is starting to loom, at least in my brain if not in reality. 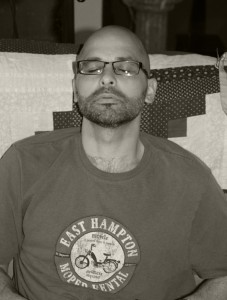 So, fast forward a few days to Friday last. My dress STILL isn’t here. It is coming UPS. It has to either get here on Friday, or it won’t BE here in time for the show because UPS doesn’t do Saturdays, at least not in Sidney, Iowa if you just pay for the cheapest shipping. Okay. I am starting to feel the first flutters of fear. Tired fear. No. Rephrase that. Exhausted-why-in-the-world-did-I-ever-decide-to-publish-books-and-be-a-mom-and-a-photographer-all-at-the-same-time-oh-and-I-have-to-be-on-television-in-three-days-and-I have-NOTHING-to-wear-fear.

Saturday was a wash. I felt like I was swimming in molasses. 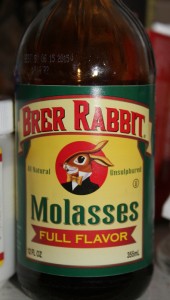 Yes. I'm swimming in this. MMMMMMM.

I had a list of things to do (I am a list-compulsive) but couldn’t STICK to the list. Running around like a chicken with my head cut off. Thinking of alternate wardrobe ideas, none of which thrill me. Then, hey, I find out UPS decided to deliver it to the Post Office on Saturday instead of driving two blocks to my home and dropping it off here. Since we have a PO box, the dress is here. Okay. I’m feeling mildly better. But TIRED.

But, I realize I don’t have jewelry. Seriously. I don’t wear much jewelry except for my wedding rings. I buy art supplies and camera stuff, not sparkly stuff. So, I call my husband to pick up some cheap bling at a store in the town where he works. I describe it in miniscule detail because I want what I want, and he doesn’t pick out jewelry because I never ask him to, and I see how he dresses, so I figure I better be exact. (Luv you honey.) I am starting to panic a bit about the talking points. Am I going to sound stupid? What if they ask things that aren’t on my list of talking points? What if my dress is too low cut and I look like a hooker? 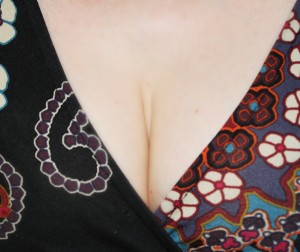 Sunday, the day before the tv deal dawns. I feel calm. I slept well. I focus. I work. I print canvases. Stretch ‘em. Talk to Jared and TJ–the band BETWIXT. Finally. This is how it’s supposed to be. I feel nervous anticipation, but no dread. My talking points are lodged firmly in my brain. I try on the clothes and shoes and accompanying undergarments. Not bad. I have a glass of wine before bed. 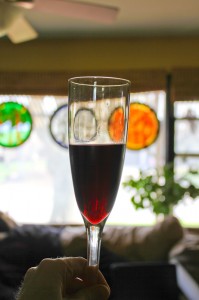 I sleep. I get up. My hairdresser does my hair and it is awesome. My dress is pretty good. I don’t feel too fat or hookery. My shoes are great. We are on time–actually early. Everyone gets there early. It is a small tv station–this is Omaha, after all. But, it’s gonna be fun. I think. They tell me I will be on toward the end of the show with the band. Okay. There are other people on the show too. A guy talking about hard drives and how they fail. Good deal. I had that happen to me once. Another person talking about college basketball championships. Fair enough.

And then, there was this guy. THIS guy. This guy was the headliner.

http://www.omahamorningblend.com/videos/143824776.html
Now, don’t get me wrong. Being GaGa’s ex-boyfriend and writing a book called The Drunk Diet is great. More power to him.   I haven’t read the book.  It could be a transformative read. It might very well be better than mine.  The title is provocative.  He most definitely has more money in the bank than I do.    He was there with his mother and his aunt.  He said “hi” to me in the hall.  (I am an idiot.  Until after the show, I had NO IDEA who the hell he was.  Pop culture FAIL.)   And believe me, I don’t think I’m all that. But, after seeing him and watching his interview, inexplicably, all my worries melted away.  And then, it was all good.

To see MY interview, which I have decided NOT to watch to protect my fragile sanity, click here: http://www.omahamorningblend.com/videos/143306866.html

9 thoughts on “Luc Calms All My Fears….”