Today, BETWIXT and I begin a bit of a new journey.  We’ve been working on this new project for a while, mostly individually, but, we are bringing it all together today for a recording session.  Our goal is to eventually pitch our work to PBS or some other children’s network as an animated series.  Unfortunately, none of us knows animation.  But, we’re not letting that stop us.

Awhile back, I rewrote Sylvia McBye Learns To Fly, as a script instead of a children’s book manuscript.  And I grabbed 3 of my children for the parts of Zack, Paxton, and Sylvia.  One of my kids, the oldest boy, was stricken with a huge case of very dramatic stage fright combined with the issues that go along with being 14.  Seeing as it wasn’t worth the fight, I “fired” him from his job–he was thrilled–and “hired” a friend of my 11 year old son to fill the part.  It was probably a wise choice anyway.  The 14 year old’s voice was deepening quite a bit, so he may not have been the best Paxton.

Yesterday, I got my cast together to do some run-throughs.  And it’s funny.  The 8 year old girl is much louder and more emotive than two 11 year old boys.  After coaching and cajoling, however, I think it’s going to work.  TJ and Jared of BETWIXT will be here this afternoon with recording equipment.  I will send the 14 year old and the dog to the movies (or someplace) and we will capture these kids doing what they do–I wish I could say “on tape” here, but it doesn’t work that way anymore.  Digital is the name of the game; there is no tape to be found in this process.  So, I’m going to stop blogging right here, and pick up this afternoon when we have finished the recording.  Hang on…

Hey there!  I’m back!  4:30 in the afternoon, and the recording is done!  Overall, it was a great day of work.  Sailor seems to channel Sylvia straight from my imagination (or maybe I wrote the character with Sailor in my brain) and Starson and his friend Michael really delivered on Paxton and Zack. 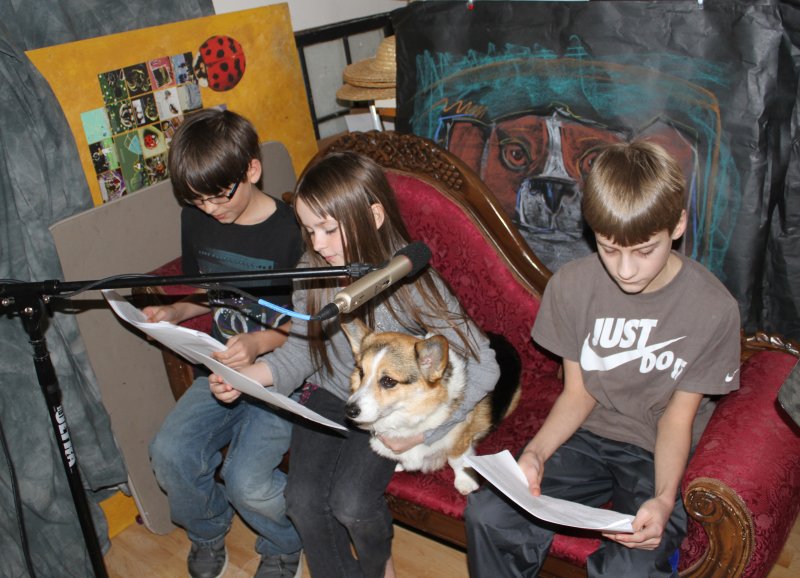 Even my Corgi, Sophia Loren got into the act by barking a voice for Flash.  The only one who was really not into the deal was Soda Pop, who normally meows loudly when you touch his tail.  Today, he was strangely silent except for one very pronounced hiss.  Oh well.  We’ll get him next time.

He was having NONE of it.

So, besides eating a bunch of vegetarian pizza and chocolate chip cookie bars, we accomplished the recording portion of our “pilot” project.  Jared and TJ did a great job helping the kids understand the process and get into character, and Jared totally rocked his professional recording abilities ALL OVER my photo studio. 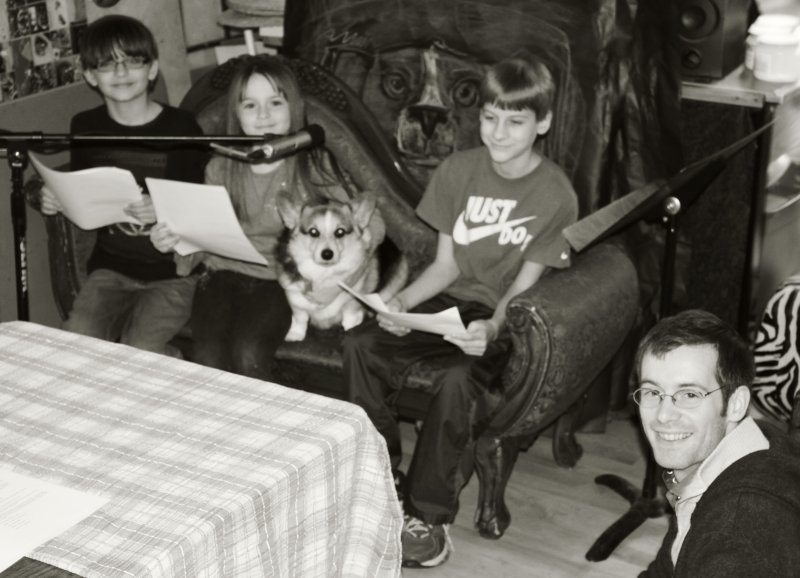 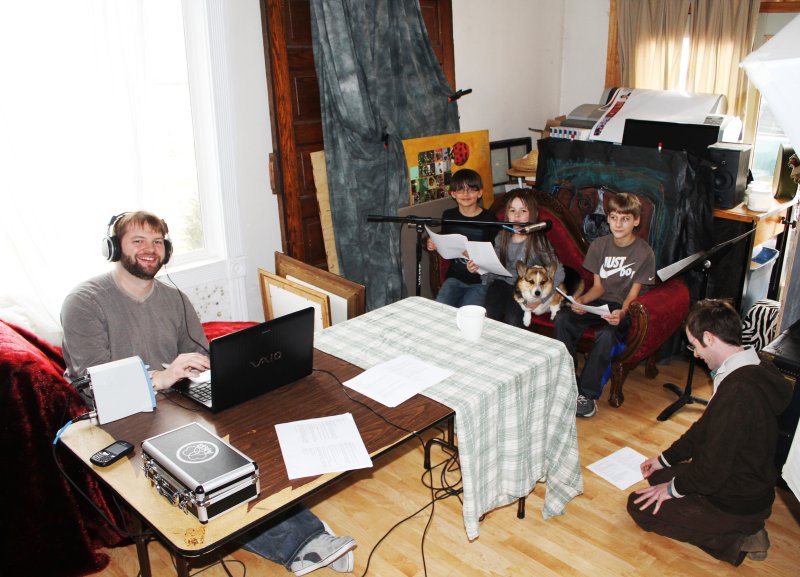 You can even notice Flash watching the proceedings from behind the children as they read their parts.  In the next couple weeks, I will have a sample of what we did that day, perhaps with a couple new illustrations for our storyboards, and some of Jared’s score backing it all up.  It was a good day.  As most days in Inclement are.