So, people ask me “What’s the new book about?” and they’re talking about Buck’s Rodeo. Well, this is a toughie for me. All my other books were 36 pages long–at the most. They were filled with pictures and fun, rhyming text (most of them) and I could encapsulate the story in like, 20 seconds. But they were sure pretty to look at. So, when someone asks me the same thing about Buck’s, I have to consider deeply how much time I have to answer. It’s some 458 pages long, and I could talk for an hour. Most people don’t want to listen for an hour. They want a sound byte or two so they can decide if they want to buy the thing or not, and that’s it. Last night, I spent considerable time thinking about what my sound bytes are. And I DON’T want to memorize the back cover of the book and regurgitate it upon demand. Uck. 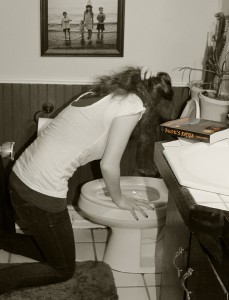 This is what happened when I tried to make her memorize the text on the back of the book.

So, I thought about ALL my books, including the novel. Is there a theme in all of them? And, it turns out, that as diverse as all the stories are and as LONG as the last one is, there IS a theme running through the whole dealio. (Sorry. Watched Napoleon Dynamite yesterday, and Uncle Rico says that. I love Uncle Rico.) So, here it comes. My sound byte. And I got it down to ONE WORD: Wonder. 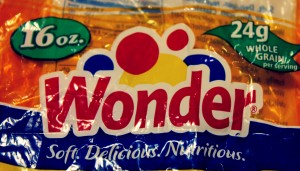 That’s it. Wonder. You know, that amazing feeling you have nearly all the time when you are below 12 years of age? The world is big, the world is unknown, the world is magical, and you don’t have the experience yet to be sarcastic and crappy about life because, for the most part, life is pretty good. Life is about chocolate and chasing lightning bugs and cooking hotdogs over the fire and swimming in a crystal blue lake with your friends. Now, I know that this isn’t true for everyone. There are some really crappy deals out there for children. Child poverty is higher than it has ever been. Schools are oftentimes subpar. Parents are crazy/drunk/high/violent. There’s cancer. You can’t even quantify how awful that is. To quote the visuals in that Van Halen video: “Right now, God is killing Moms and dogs….because he has to.” Kids listen to the news, and listen to all sorts of discussions from the adults around them about politics and gas prices and people killing other people and they get the feeling that the world is not safe (which it ain’t. As the master, Stephen King said, “You can’t be safe on a skateboard…”) Then there’s that whole KONY 2012 thing, (and not only is that horrible, but I think the guy who set the whole thing up has lost his happy thoughts as well. Oh well. Another blog.) The world can be a HORRIBLE place for the little things, and that includes the little folks.

But, I don’t think that’s our natural state. I don’t think that’s how our brains are supposed to be wired. I think we are wired for Wonder. I think we want to look at the world through virgin eyes, just marvelling at the way the stars spread across the sky, at the sunset on the water, at the ladybugs on the flowers. I think there is a part of our hearts or our spirits or whatever, if we are a bit lucky, and if we have managed to hold onto it tightly enough, protecting it from the world, that will ALWAYS be 12 or 10 or 8 or 5. 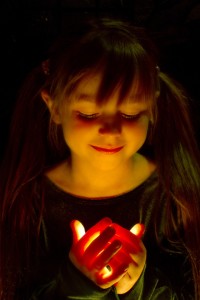 EVERYTHING is magic when you're a kid..... 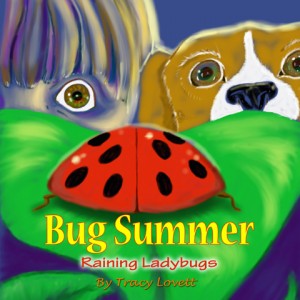 I see it on their faces. I do art for them, on my Wacom pad, and on this huge paper with pastels. 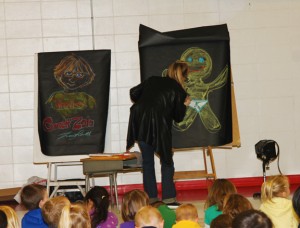 Again, wonder. We do hands-on art projects, where they get in on all the creativity, while they listen to some great tunes by the folk/rock band, BETWIXT(blog post coming about them). 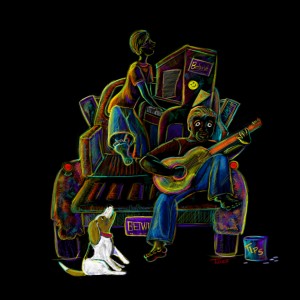 My Boys, TJ and Jared---AKA BETWIXT

Wonder everywhere. But here’s the dealio: you can just see the kids that don’t feel comfortable with themselves. Maybe they’re wearing shabby clothes. Maybe their hair isn’t combed, or maybe (and this is somehow the most disturbing) they have a look to their eyes that says I have seen too much. I’m not supposed to see this much, I’m just a kid, but the grownups around me just don’t get it. I have seen too much. I see them, and it kills me a little bit. I want to help each of them. I want to roll back time and place them in a better situation. But, I can’t. I’m one person. The only thing I can do is try to make them forget about all the adult-created crap and give them their sense of WONDER back for a few minutes. It doesn’t matter how rich or how poor you are, where you live, the clothes you wear. If you can live each day as if it were really NEW, as if there is always something to be interested in….that is being rich.

And the cool thing is, usually, with the kids that are having a tough time, well, it doesn’t take that much to give them that wonder. A smile. Some encouragement. Their wiring for wonder may be buried a bit, but it is still intact.

They draw me pictures for me to take home. Sometimes they mail them to me. I know I’m not changing their situation. Except, maybe, for a little while, I am. Maybe, if they can read a story, if they can look at some art, if they can grasp a crayon in their fist and make magical marks on paper, maybe it gives them wonder, for just a bit. Maybe they can get lost in their own imagination for a while instead of drowning in the ocean of issues they didn’t ask for. And that is all I can do. It’s small magic, and in many ways, it is inconsequential, especially for adult problems foisted into children’s lives. But, as individuals, small magic is all that we have to give, most of the time. 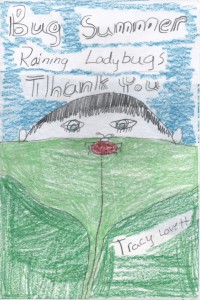 This makes me EXTREMELY HAPPY....

But imagine, if all of us adults retained our sense of wonder, and encouraged it in the children with whom we are entrusted. If we all did that, one little instance at a time….incremental change, baby. My mind reels with wonder at what might actually happen then.

In Buck’s Rodeo, there are four 12 year old middle class boys with issues that a lot of kids have–one of them has lost his dad. Another lives with a grandparent. Another has a divorced mom who is remarrying. The fourth has those crazy “helicopter” parents. They all live in Inclement, Iowa. They are friends, and they hang out in the lake in the summertime. They camp around a fire on the beach. There is an unexplained light in the woods, Grampa tells them a story about what that light is. They have adventures. There is danger and love and sneaking out the window after dark, and there is loss and death and friendship and hope. There is magic, of a sort. And there is Wonder.

Oh. And there is a beagle named Flash. 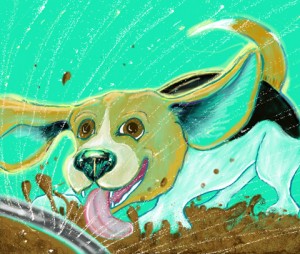